Dirty to Mighty: Brown is the New Green 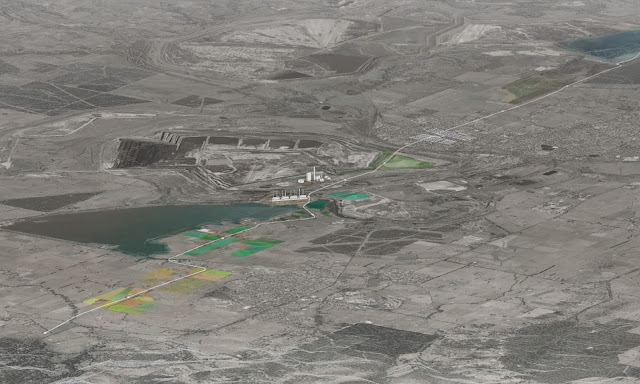 Dirty to Mighty is a response to two major issues Australia faces in relation to energy and sustainability.

1. Australia’s declining oil production with merely 3.9 billion barrels of proved oil reserves (0.2% of the world) coupled with the increasing oil consumption, exceeding 1 million bpd of oil in 2011, pose a threat to the country’s energy security. At this rate, self-sufficiency in oil is predicted to drop from the current 50% to 20% by 2020.

2. The world coal consumption continues to rise, especially in Australia´s prime export countries such as China and India. (2.8 and 0.6 billion short tons in 2010 respectively.)

How can Latrobe City act as the key catalyst in providing a solution to such critical and urgent problems?

Currently, the power stations in Latrobe Valley together emit around 65 Mt of carbon dioxide each year. The stations, however; cannot simply be terminated as they generate 90% of Victoria´s electricity and employ 3100 people. In addition, the area is gifted with 65 billion tonnes of brown coal with an estimated 33 billion tonnes to be “potentially economic”.

Dirty to Mighty proposes to use brown coal to produce not only electricity but also liquid fuel as well as many other high value products, while utilizing the CO2 released during the conversion process into additional products including oil, creating a highly viable yet sustainable means of achieving energy security and economic diversification. Brown coal becomes the essential element leading to a completely new vision of Latrobe Valley which utilizes its abundant natural resources without compromising environmental impacts. Along the axis of the provided site, the project introduces a technological corridor of research/innovation facilities focused on the liquefaction and gasification of brown coal as well as the sequestration and conversion of carbon dioxide.
Posted by Office of Urban Transformations Research